CALL TO ARTISTS
Photography Artist Residency: Scotland
At MERZ Gallery @merz.gallery in Sanquhar, Scotland. During the residency, artists will make a work to be exhibited at MERZ Gallery as part of “Mythical Landscape: Secrets of the Vale,” an exhibition by an international group of artists, all of whom traveled to Sanquhar to investigate a sense of place and make artwork that speaks to the rich history and folklore of the region. 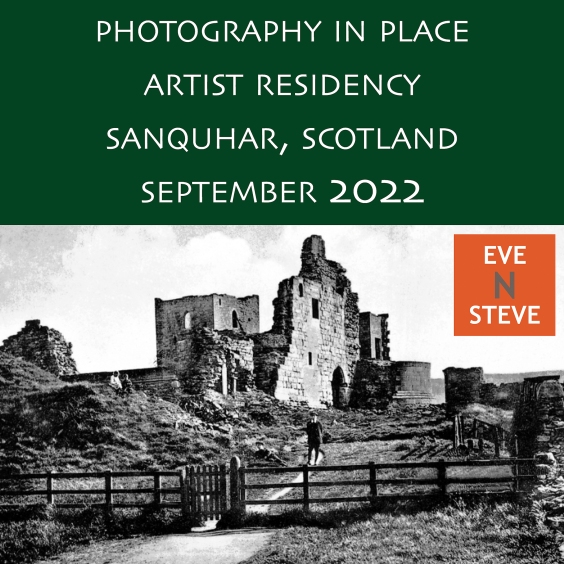 For the application and additional information click here or on the image above.

EveNSteve like this film so much we’ve already made an artwork using it. Click on the movie below to watch the one minute artwork film by EveNSteve:

There Are Forests In The Animals

As I mentioned in the audio above I really wanted to showcase the cinematic feeling this film has, but also show the creative flexibility that is possible. This is not a modern film, and that is a very good thing!

In conclusion I think the images speak for themselves. How wonderful in 2021 to be welcoming a “new” B&W film to our world…

PS— Processing Times in a variety of developers….

My final test of Fomapan 100 by Film Bohemia of the Czech Republic. A beautiful classic film that in a compensating developer has a tremendous latitude from EI 100 – 1600+ — this example is at EI 800— amazing classic rendering that was very easy to scan. Shot with my Linhof 617s III Technorama with a Schneider 72XL lens. @linhof_munich @linhofstudio @schneiderkreuznachcine @foma_cz #film #filmisnotdead #blackandwhitephotography #panoramic #portrait #vintage #classic #apron #hammock #vermont #summer #summerlight

Today is a very exciting day! Kodak has just released Ektachrome E100 in both 120 and 4×5… how’s that for a holiday present?!

Sample images below: please note they are somewhat bigger files so they make take a moment to load.

When I was asked to shoot a few test rolls of the new Ektachrome 100 in 120 it just happened to be October, and I just happen to live in Vermont. Of course, New England is famous for these few short weeks each year when the light, crispness and color­ engages and captivates, turning all who experience it into artists who want to capture it. The timing could not have been better.

Although my current artworks are large, complex, in-camera collages on film, often employing cross-processing and alternative developers, I realized that work would not have been a suitable test for the few precious rolls of film Kodak sent to me. Rather, I revisited my earlier, more traditional methods of working and enjoyed returning to an earlier version of myself.

I chose to shoot familiar places. I really wanted to see how the color, dynamic range and sharpness of this reborn film in 120 would behave compared to my normal negative materials. I am pleased to report that everything I loved about the old Ektachome 100 is back in a big way: the color, the pop, and the sharpness are all there. The exposure latitude is extremely good, and scanning the film was easy.

Working with the combination of my Linhof Technorama 612 PCII and lenses by Schneider Kreuznach provided a profound depth and clarity, and really brought out the technical best in this film. Coupled with scans from my Imacon Scanner the resulting files really know no limits of scale of reproduction.

As a vocal advocate of traditional film, I think and talk a lot about how our relationship to film has changed; this test got me thinking in particular how much our relationship has changed with regards to transparency film. Years ago I would have been juggling a color meter and every Wratten Gelatin filter imaginable in order to color-balance the film to the light source(s) for perfect accuracy. My concern for shadow depth and detail would have resulted in most cases in a pre-exposure to balance contrast. But in 2019, with 99% of film users working in a Hybrid Workflow of film capture and digital scan, all of that is changed. Transparencies that once would have been considered too light or too dark can in most cases be saved through well thought-out scanning techniques. Choices of appropriate color spaces during the scanning process are as important to the final image as masking and color corrections were to making a great print in days gone by. 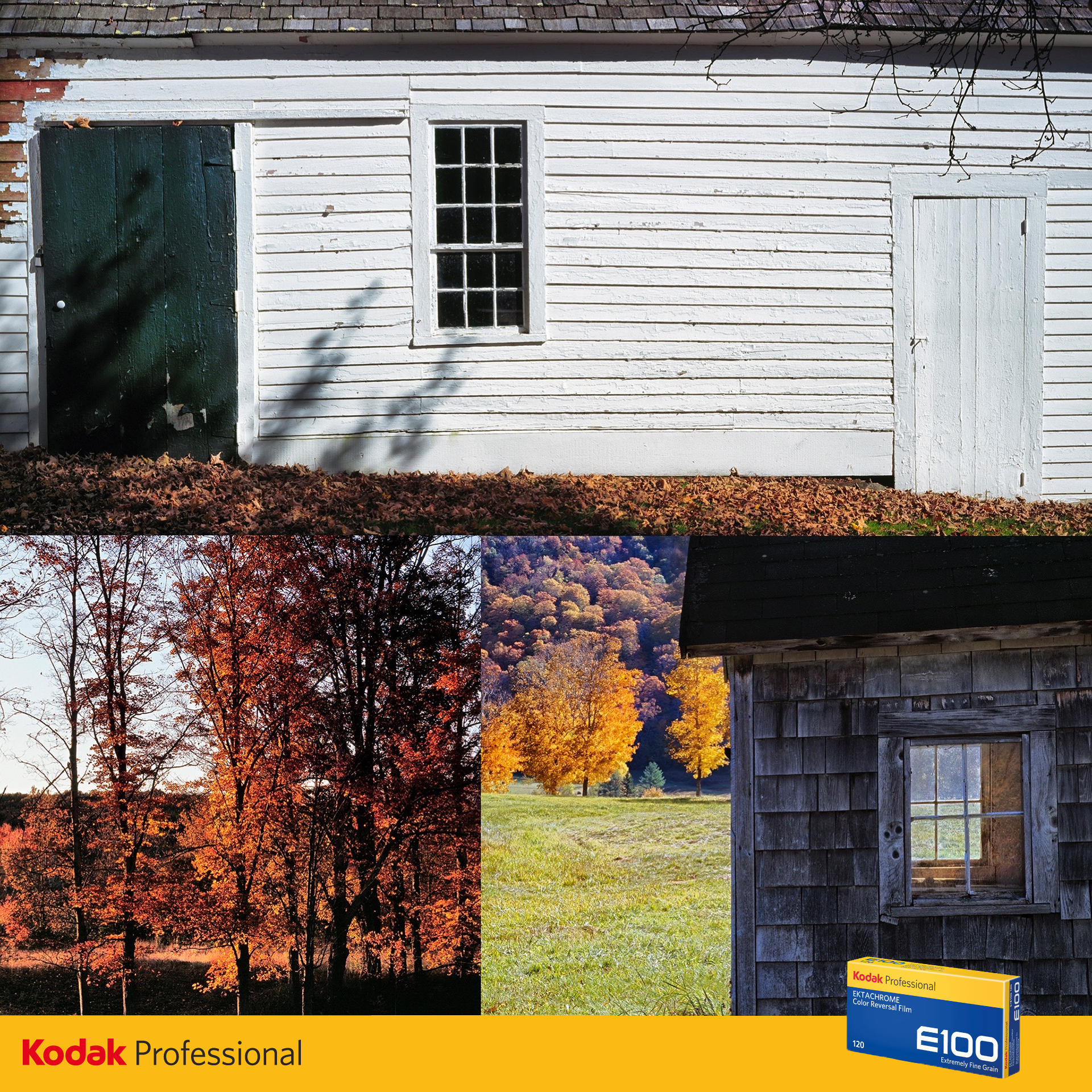 Transparency materials are unique: they have a pop, a micro-clarity and a feeling that is lost to color negative materials. The ability to edit work directly on the light table is significant. Moving forward, our relationship with transparency film is built on previous strengths but now with more advantages than ever. Kodak’s Ektachrome 100 is showing us that way.

These new format offerings follow on the highly successful launch of EKTACHROME E100 in 135-36x size last year. “Our new E100 film is a big hit with photographers of all ages” said Dennis Olbrich, President – Kodak Alaris Imaging Paper, Photo Chemicals and Film. “The market response has been tremendous. Adding 120 and sheet films takes us to the next level.”

Sales of professional photographic films have been steadily rising over the last few years, with professionals and enthusiasts alike rediscovering the artistic control offered by manual processes and the creative satisfaction of a physical product.

We’ve posted images from some of the photographers who participated in our pre-launch activities. Check out their work on our social media channels.

I really dislike it when film or paper is sold under a different name and the identity is kept “secret.” This is now the case with CatLABS X 320 Film which is- in fact- Kodak 5222 Double X film– one of my favorite films in 35mm… but not like this. I purchased three rolls for testing hoping to find a new emulsion to love but instead I spend time and money for nothing. How can I be so sure?… Check out the imprint on the side of the film. 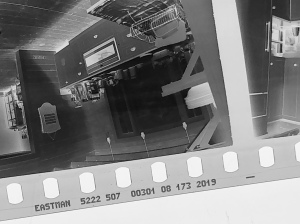 So now that the “cat” is out of the bag I’m off to do some shooting on a beautiful Vermont day.

Just to be clear…. I still stand by my original processing technique outlined here in FR years ago which does not use the pre wet and has slightly more agitation than the technique outlined above (metal reels and tanks only for the older process). If the film and agitation technique is perfect without a pre wet then go for it but I have found most modern films do benefit from the pre wet… the only downside is developer longevity and about 1/3 stop loss in speed.

My talk at The Artist Book foundation at MASSMoCA, January 26, 2019.

So here are my latest results experimenting with CineStill film in Caffenol (instant coffee)… I am very happy with this combination! I have found the usable EI for this film-developer combination to range from 100-3200, all with one processing time, but the very best is around EI 640. This test image was made with my 1956 Leica M3 with a 1960 Leica 135mm Leitz Wetzlar Elmar at F5.6.

I’ve been continuously tweaking my Caffenol developer and developing technique over the past few years… I find it to be a very solid go-to developer for virtually any black and white film. 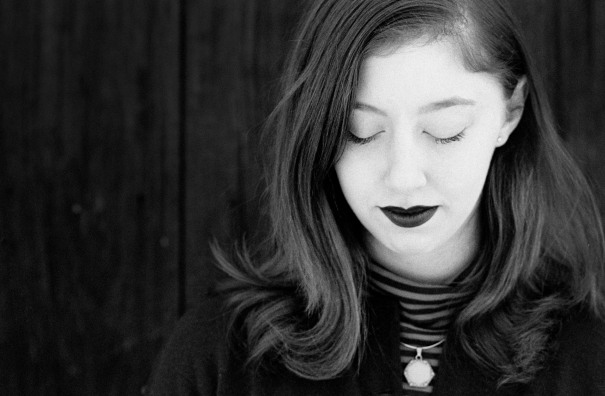 Announced this morning, Kodak will begin shipping E100 in 35mm now and next month 8mm and early next year 16mm.

I remember being at a cafe here in Vermont and getting a call from Kodak to let me know that E-6 (Ektachrome) was being discontinued by Kodak due to weak sales. Me and a few other photographers got a few days notice in order to help soften the blow in online media. This time I got no call, no film to test and finding an actual press release was strangely difficult (Why is it not on the homepage Kodak??!!) BUT, I am nevertheless happy to see Ektachome’s return…  it is a good sign of strength- and returning faith- in our medium.

An article I interviewed for in Singapore during XEdition 2018 has just published on Lifestyle Asia… its on how the iPhone/ camera phones and film simulation apps like Instagram, Hipstamatic and Huji Cam may actually be encouraging younger shooters to look towards film.